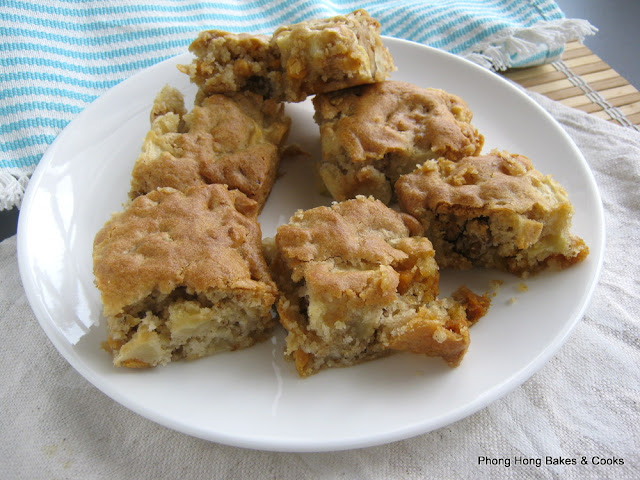 An apple a day keeps the doctor away. But I gotta tell ya, if your doctor had a slice of this Apple Pie Bar, he or she will not be kept away.  The good doc will come back for more. Now, who says doctors don't appreciate desserts? 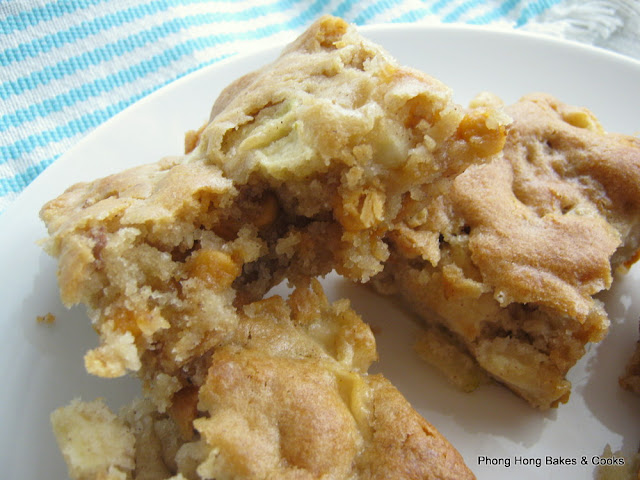 If there is one pie that I love, that would be apple pie. I ate my first slice of apple pie (plus a scoop of vanilla ice cream) as a teenager at Selangor Club, courtesy of my aunt, my mum's elder sister. 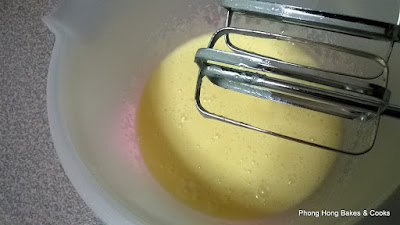 Beat sugar, oil and egg until thick and pale.
From then on, whenever I see apple pie on the dessert menu, apple pie it is! But then, not all the apple pies were great. Some were way too heavy on the spices and ruined my enjoyment. 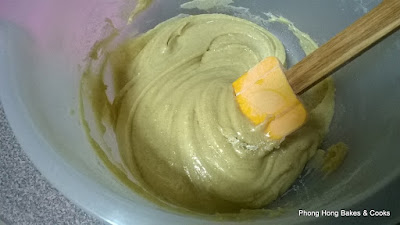 Fold in flour. The batter is thick and gluey. Then fold in apples etc.But me bake apple pie? Nah. That's too much trouble. Besides, what am I going to do with the rest of the pie? As far as I know, no one in the family are apple pie fans. So. The next best thing came in the form of these Apple Pie Bars. 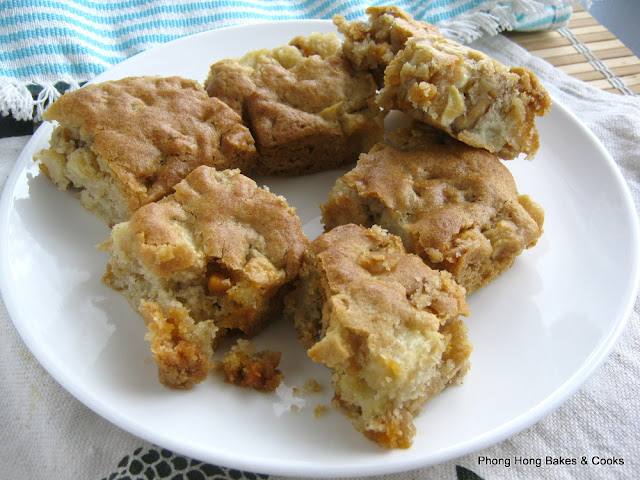 Now, please excuse me for these messy bars. I swear it is not for my lack of slicing skills but these bars and very difficult to slice. Monica says that you need to freeze them in order to slice them nice and neat. 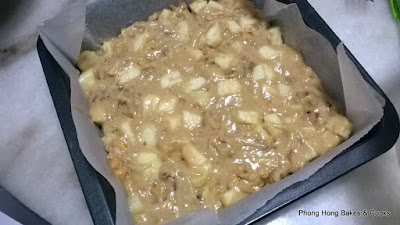 It may look like there is not enough batter to cover the ingredients
but everything comes together fine when baked in the oven.But I cannot wait. Look what happened while it was cooling. 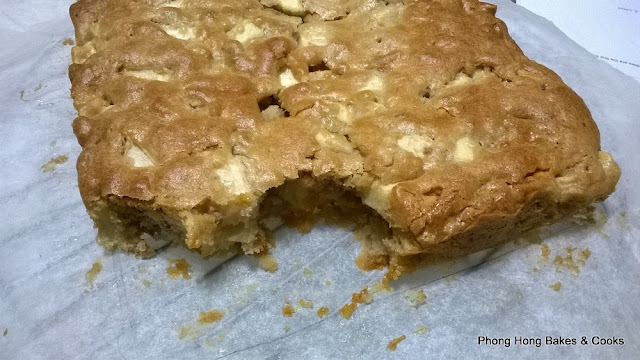 You may notice that the insides of my apple pie bars are more cakey and not gooey like Monica's possibly because of my drastic reduction of the sugar content. 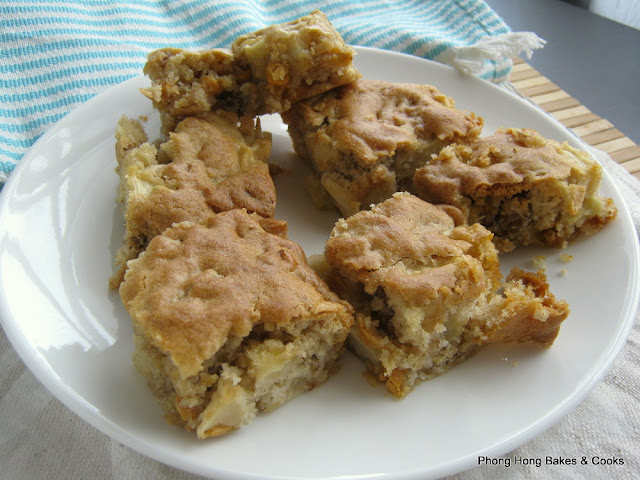 I halved the recipe because the original makes a big batch. It worked out really well and this is one of the best things I have ever tasted. The apples, cinnamon, butterscotch chips and walnuts came together beautifully and it's a charm!

These bars are best eaten warm and surprisingly wonderful cold from the fridge. They are very addictive, so don't blame me if you finished the whole pan.
Apple Pie BarsRecipe sources : Adapted from A Beautiful Mess
Ingredients (Approximately half of original recipe) :- 1/2 cup vegetable oil (I used grapeseed oil)- 1/2 cup sugar- 1 egg- 150g self-raising flour- 1/2 tsp salt- 1 heaped tsp cinnamon- 2 small green apples, peeled and finely diced- 1/2 cup Butterscotch Chips- 1/2 cup toasted walnuts, broken into smaller pieces
Method :1. Sift the flour, cinnamon and salt. Set aside.2. In a mixing bowl add vegetable oil, sugar and eggs. Beat using a stand mixer until batter is pale  yellow and thick.3. Add the sifted flour into the vegetable oil mixture and beat until well combined.4. Using a spatula, fold in the apples, butterscotch chips and walnuts. 5. Scrape the batter into a lined 8" pan and bake at 160C for about 40-45 minutes until the top is brown and a skewer inserted into the center of the pan comes out with some moist crumbs.6. Cool on a wire rack  and best served warm. 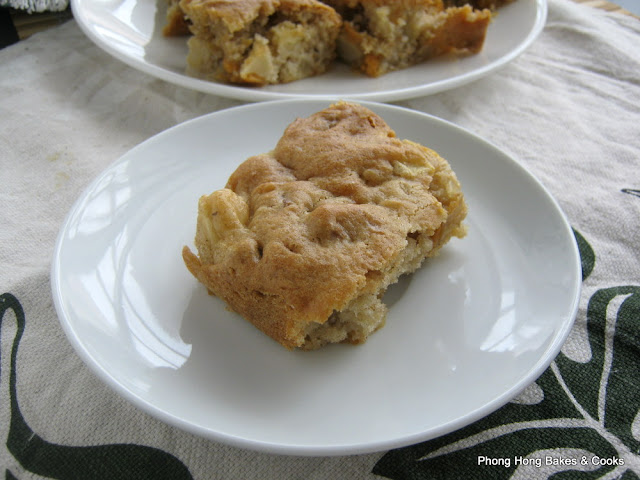