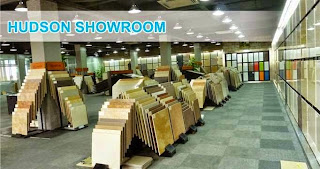 Two significant challenges construction companies and builders in the Greater Houston area encountered in 2014 are expected to continue in 2015.

The rising cost of building materials has raised construction costs. Meanwhile, a shortage of skilled laborers has increased wages, which is also driving up costs, according to area builders and developers.

Rising construction costs have had notable effects on the development of major projects in the Greater Houston area, including those in Spring and Klein.

Officials with the Lone Star College System and Klein ISD both said construction costs are closely monitored and taken into account when new schools and buildings are being considered.Local projects, developers.

Klein ISD officials said fewer subcontractors and material pressures have caused the district to extend construction periods, resulting in projects costing more than their budgeted amounts.Robert Robertson, associate superintendent for facilities at Klein ISD, said projects that used to take 12 months to complete now have to be planned for 15–16 months. The district also has to begin design work earlier to secure approval from the board of trustees, and dates to sell bonds need to be adjusted.

In trying to establish the $498.1 million recommendations for the district's 2015 bond—which residents will vote on May 9, Robertson said the district had to determine what the cost would be if the schools were built today for projects that may be more than a year from breaking ground."It's like throwing darts at a dart board," Robertson said.

Residential and commercial developers are also under pressure from rising costs as they work rapidly to meet demand throughout Spring and Klein.

"There's no question that the cost has been crazy," said Brad Sondock, president of the Retail Properties Group, which owns and has developed 140,000 square feet of retail office space at Cypresswood Drive and Stuebner Airline Road. "Any project [where] you can find materials at Lowe's or Home Depot you will be fine. It's the more complex materials. That's where the problem is."

Sondock said many office buildings require specialized equipment and sophisticated construction. More complex materials such as steel and concrete drive costs significantly higher."To build a shopping center at [a] 30 percent higher cost today makes it tougher because it often takes longer," he said. "Sometimes you find that you can't find concrete for several months."Homebuilders are also affected by the labor shortage and material cost increase.

"A major concern for builders at this point is the rising cost of labor due to the shortage of labor," said Kevin Frankel, president of the Greater Houston Builders Association, or GHBA. "This has been a focus for years. It's something we have sat down and had discussions about to try to come up with ways to alleviate it."

The increasing cost of construction for office projects can be linked in part to the growing depth of the tenant pool creating more demand. Several projects went online in 2014 to alleviate that demand, but the glut of projects only intensifies the labor shortage, according to officials with Kirksey Architecture, a Houston-based company that publishes an annual report analyzing construction costs.

"High demand, labor shortages, concrete shortages, long lead times for critical components and subcontractor fees and availability are among the drivers of the cost surges," the authors of Kirksey report concluded. "With so many projects under construction, contractors and subcontractors have become much more selective about the opportunities they are pursuing."

Cost of materials
Turner Construction Company, which has offices around Houston, developed its own cost index to track nonresidential building construction. The company's methodology—which considers labor rates and productivity, material prices and the competitive condition of the marketplace—shows steady increases every quarter since 2011. Overall, costs have risen about 11.7 percent since that time.

"Growth in nonresidential construction was steady in the fourth quarter in virtually all domestic markets," said Turner Vice President Attilio Rivetti. "Higher construction cost escalations in urban centers with increased construction activity as well as selective megaprojects, are driving the average domestic construction cost increases."The rising cost of materials has wide-ranging effects. Officials who oversaw recent bond elections said rising costs and inflation mean the sooner projects can get underway, the better.For the builders themselves, the rising cost of materials is worked into the overall price of the home once it hits the market, which often acts as a disincentive to buyers, Frankel said.

Fewer skilled hands
One persistent element of the rising construction costs is the shortage of skilled workers across various fields.

A 2014 survey conducted by the National Association of Home Builders found that about 46 percent of Houston building companies are struggling with the skilled labor shortage. The labor shortage is also expected to intensify as millions of baby boomers prepare for retirement.Skilled laborers in the construction field include industrial electricians, commercial plumbers, heavy equipment operators and concrete finishers.

The shortage has been so widespread in the Houston market that area colleges have developed programs to address it. GHBA has partnered with Houston Community College to support educating students on career opportunities, and LSCS has its own objectives.

"We have been working very closely with the business leaders in our community to learn about what the needs are and tailor our programs accordingly," LSCS Chancellor Steve Head said. "People in construction are all telling us how hard it is to find skilled workers they can depend on. That was a major part of our bond expansion plans, which focus on specialty workforce classes."Houston added more construction jobs than any U.S. metro market, according to the American General Contractors of America, a fact that means the labor shortage will continue into 2015. The declining unemployment rate has made it more difficult to find qualified workers, officials noted.