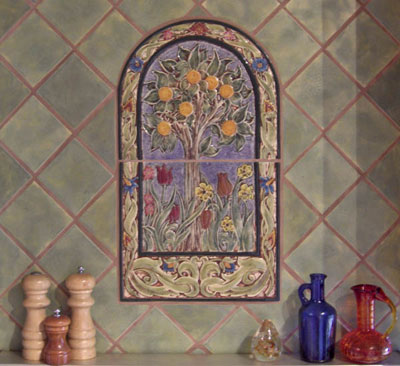 The sweet orange, a symbol of physical and spiritual prosperity, is believed to have originated in southeast Asia as an anciently cultivated hybrid between the mandarin and pomelo ( predecessor to the grapefruit) By 2500 BC sweet oranges were being grown domestically throughout China. In 1493 the first orange tree arrived in the western hemisphere from Spain and was planted on Haiti. The now common naval orange was discovered relatively recently, originally the product of a naturally occurring mutation it would most likely be very rare or extinct by now had it not been cultivated. The mutation was found in 1810 growing on a selecta orange tree at a Brazilian monestary near Bahia. Sweet oranges are now the most widely cultivated fruit in the world and each navel orange tree,  being a mutation and unable to reproduce,  is essentially a clone of that original tree in Bahia.  Thus the very popular navel orange is the same as it was 200 years ago.