GAIA, A Design Proposal By Team 153

'Water as the 6th Borough: Open International Design Competition' just announced the semi-finalists. I have a list of projects that I appreciate. The first one is that of Team 153. I do not know who are the architects that compose this team but the GAIA project is ambitious. 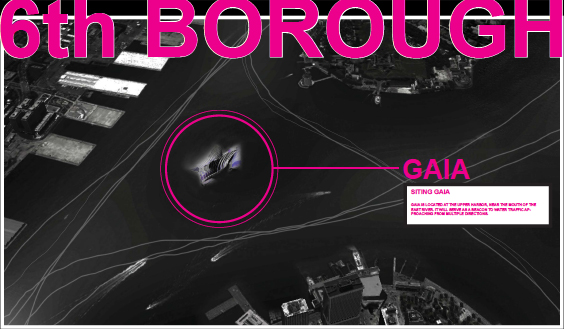 GAIA, an undulating infrastructure, is located at the upper harbor, near the mouth of the east river, New York, USA. 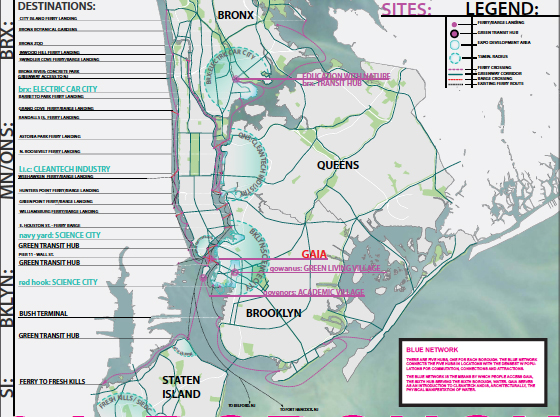 As Team 153 says, GAIA will serve as a beacon to water traffic approaching from multiple direction. It can also serve as amenities and attractions such as an urban beach, or exhibition spaces. 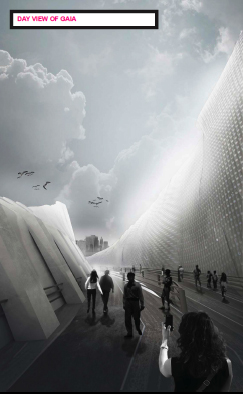 The other but main characteristics of Team 153's proposal is that GAIA envisions a future of clean energy empowered by technology. First, it profits from the east river for its system of under water turbine. Then it proposes a biotechnology-based system made of micro-algae to remediate tainted water and soil, and its photovoltaic system. 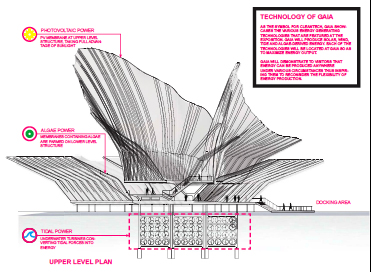 GAIA is announced to be capable of producing solar, wind, tide and algae-derived energy. These elements are components of GAIA's structure. By integrating them, GAIA will maximize the energy production. 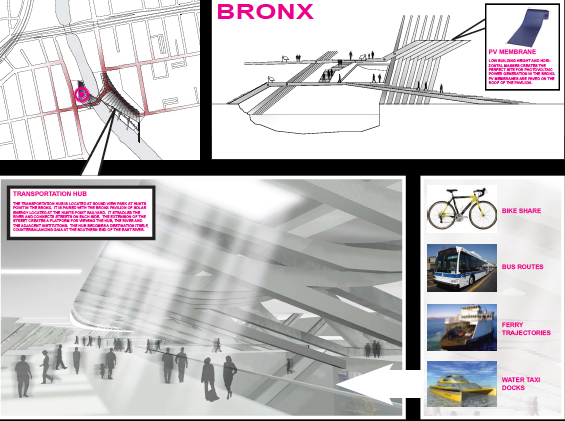 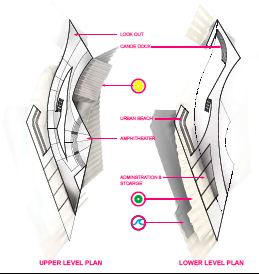 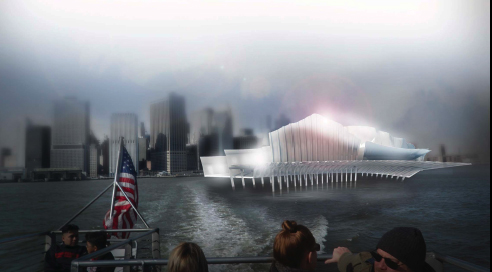