One Southern Indiana now is a month into the search for new temporary help, and as always, NAC is delighted -- nay, thrilled -- to offer weekly headhunting assistance. We're lean, mean, green and community minded that way. So, who'll be the next momentary hot seat occupant to take 1Si's solemn oath of office?

I would like to announce that I have accepted the post of CEO of One Southern Indiana. I regret that I have to step down on Monday. I treasure our time that we have worked together.
Last week's winner was Rush Limbaugh, and before that, both Vaughan Scott and Scott's pretend son, Benny Breeze. They've put in their time. Today’s choice as 1Si CEO for the week of March 16 - March 22, 2012, as nominated by frequent blog reader MC, is ... 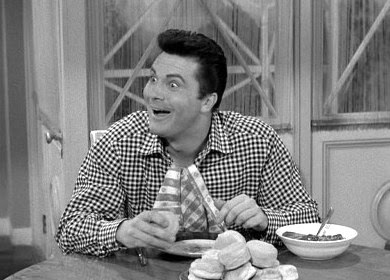 Here's Jethro's resume, and in truth, a better fit is hard to imagine, isn't it?

That last qualification reportedly caught Kerry Stemler's attention, but no matter: Jethro's already a day into his brief reign. Who will One Southern Indiana's kingpin be next week? Tune in, and we'll tell you.