and have my roof and food by dead men's alms - In an Almshouse, Augusta Webster

One day I was walking back to my lodgings at Constantine House from a tour along the New Walk. Since I have often neglected the southern part of York I took the opportunity to stay on that side of the river for a while and as I strolled down Skeldergate I noticed a very pretty collection of brick houses and a lovely garden, all embraced by a short wall with a white fence on top of it. It had a charming air of past times about it and I was immediately attracted to it. 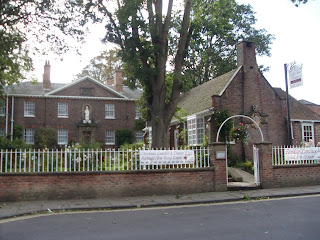 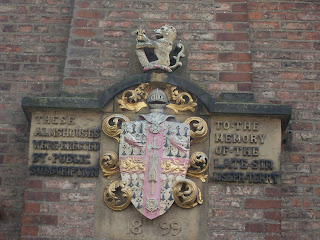 Taking a closer look I learned that it was an almshouse erected in memory of Sir Joseph Terry, an important man in the civic life of York whose offices included Freeman of York, Sheriff of York, Alderman of York, Governor of the York Merchant Adventurers Company and Lord Mayor to mention but a few. In 1887 he received a knighthood from Queen Victoria and the same year he obtained a grant of arms in commemoration of this honour. The almshouses were raised the year after his death. 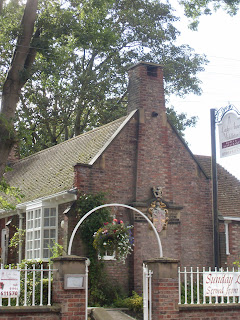 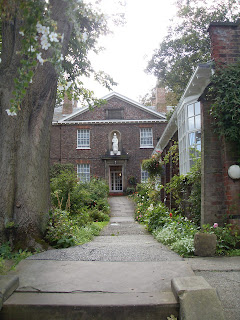 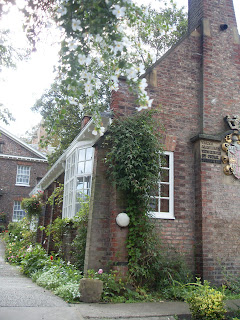 I didn't examine the premises as much as I would have liked, partly because I was not hungry enough to order something from the café, partly because I didn't want to conspicuously loiter with a camera where people were eating. Some day, hopefully, I may enjoy a nice cup of tea in the gardens of Joseph Terry's almshouses.