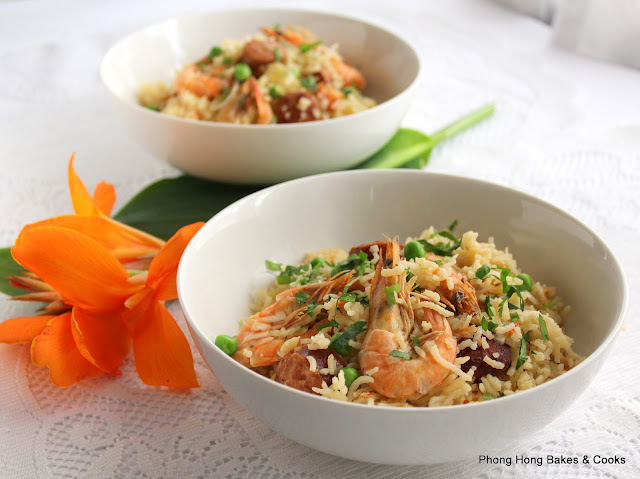 It's been a while since I did some experiments with not so favorable results. Those cooking disasters or dishes that bombed will not be wasted and they make it to my Mad Cooking Hall of Fame. So welcome to my latest edition of Mad Cooking. Episode 6.
Paella. The Spanish rice dish that I fell in love with when I ate it at El Cerdo. Paella is cooked in a paella pan but no, I was not rushing out to buy one. I mean, how often am I going to cook paella and besides, I am incapable of cooking rice on the stove. So. 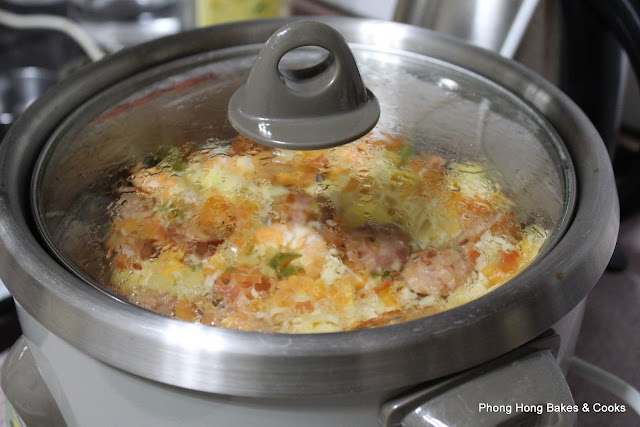 Into the periuk nasi it went. Easy peasy. 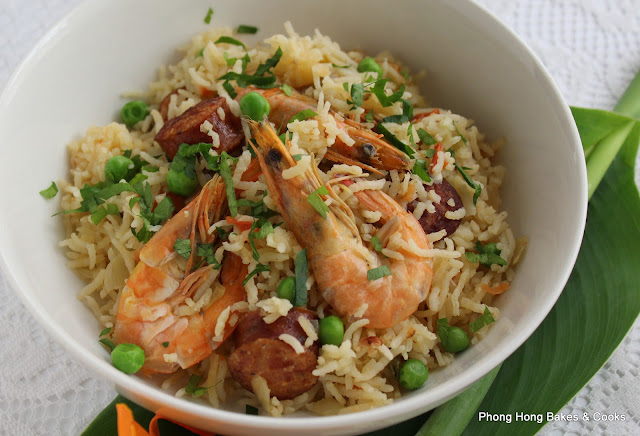 From the color of the rice, you can tell that I was super stingy with the saffron. Yes, I actually bought saffron. How much did it cost me? Don't ask.
There are many things wrong with my paella. Among others, I used long grain rice, namely Basmathi (my favorite) instead of short grain rice. As I understand it, the rice to use is Bomba rice.
But still, as I was cooking it, it smelled like paella and it did taste somewhat like paella. 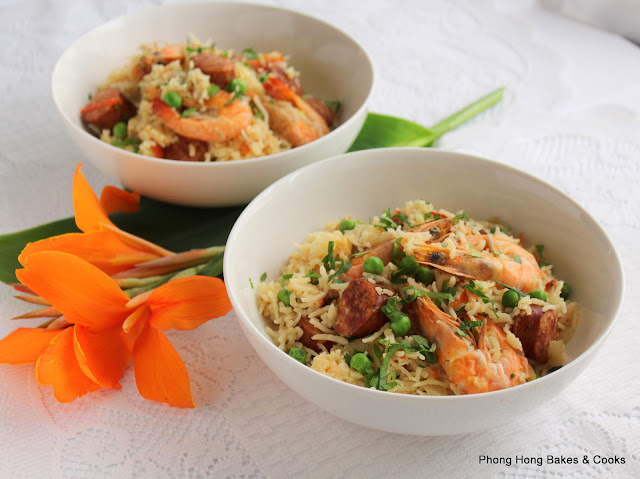 But it doesn't look like paella. It looks like your regular nasi goreng bodo with prawns to make it look better. But you know me. I don't give up so easily.
So I will be back with a good rice cooker paella. I still have some of that expensive ingredient. 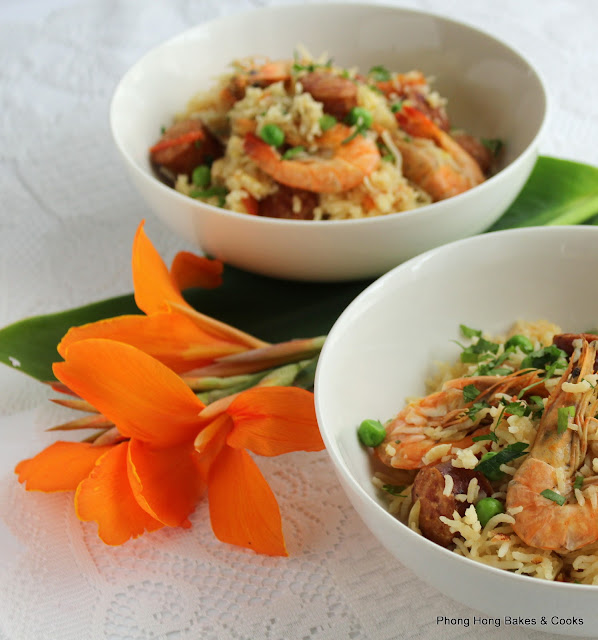 Till then, I will eat this paella with kari chap.

Warning: Invalid argument supplied for foreach() in /www/wwwroot/domain.com/cepot/post.php on line 57