A bit more work has been done on Numnuts, my third Deff Dread.

He is basically now done, however I tried out fixing the upper arms a different way - Using purely magnets and no pins. I was a bit worried the magnets wouldn't be able to take the weight of the upper arms but the arms are held far better than on the first two dreads, which does mean I now need to change the first two.

The only thing left to do is do the magnets on the lower arms - unfortunately I don't have any of the correct size. For now they are blu tac'd in position. I will order some magnets tonight. 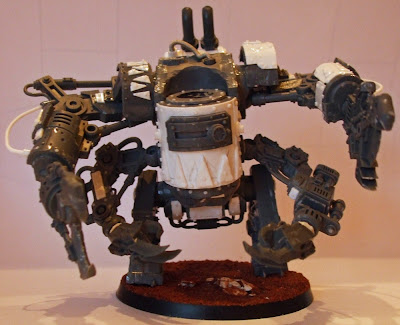 Numnuts, a dread who is just after somebody to hug. 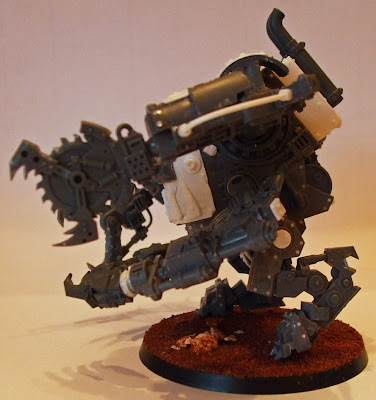 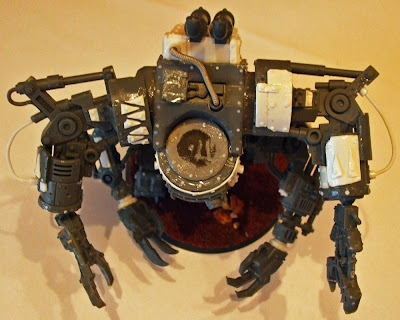 Pics aren't great I admit. Hopefully won't be too long before I have the magnets and I can get better pictures with the lower arms attached.

I replaced the cables to the upper arms and added various plates, dags etc just so each dread has arms which are a bit more individualistic.

Here is the magnet in place inside the arm socket. Wish I had done this originally with the first two dreads rather than all the time I spent with brass rod and smaller magnets. 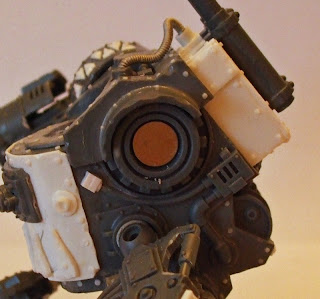 Will probably work on the other two dreads upper arms tomorrow, but no update for that as it will be a bit boring. Once I have the new magnets and all the arms are in place i'll do a few pics of all three Dreads.