PHOTO ESSAY: Thanks To The Intrepid Entrepreneurs, Hammers Are Meeting Nails Downtown.

During a Monday morning walk down Main Street to Pearl, there was a whole lotta construction going on.

First, the Montgomery-Cannon House at 516-518 E. Main, where the yellow paint is coming off, and it appears work is under way for real this time. 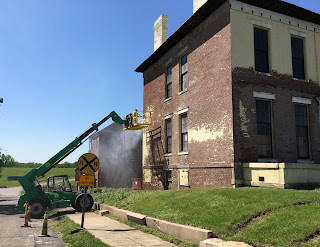 Resch Construction and various subcontractors are swarming around the future home of Hull & Highwater at 324 E. Main -- where those Tumblebus thingies used to park. The artist Michael Wimmer also recently conducted business here. 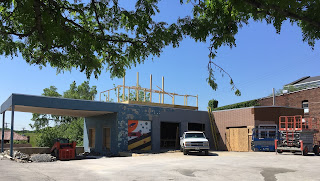 The scrubbed exterior of 203 E. Main is about to welcome TheatreWorks of Southern Indiana. There's an open house this Saturday. This is another Resch renovation. 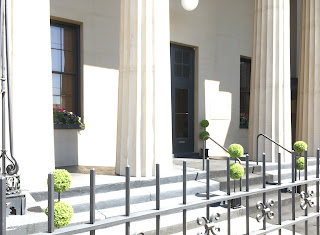 Match Cigar Bar New Albany (147 E. Main) held a soft opening last Friday. Regular business hours should be in place soon, and of course the Urban Bread Co (to the left in the photo) has been operational for a few months. 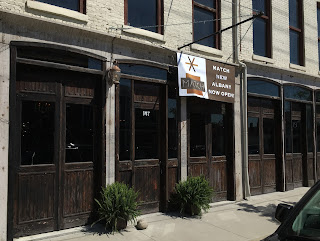 GrayStone CrossFit and Human Performance is at 141 East Main in the former Liz at Home. GrayStone's soft opening is this week, and regular house begin soon. 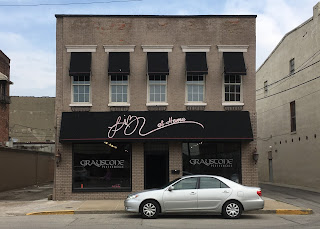 The James Bourne Gallery is to be located at 137 E. Main Street. It stands to be a good use of former office space. 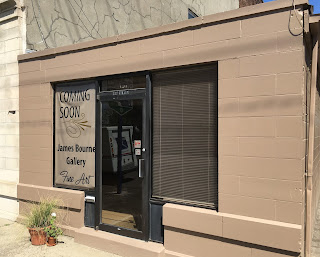 It's been nine years since the aluminum slipcover was removed from the Jacob Goodbub Building at 213 Pearl Street. I'm told the new owner (Obolisk NA LLC) plans living space upstairs and retail on the ground floor. 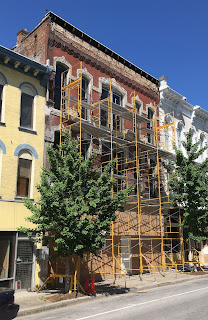 Adjacent is 217 Pearl, also known as the Jacob Goodbub Building, where Stephen Beardsley is rehabilitating yet another storefront (Colokial is right next door). 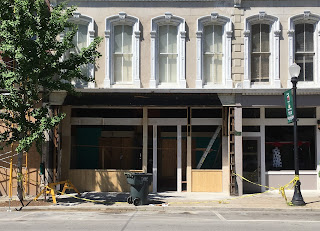 And just across Pearl Street from the preceding is Mesa: A Collaborative Kitchen (216 Pearl Street), also coming very soon. Yesterday it looked like the hood was being installed. 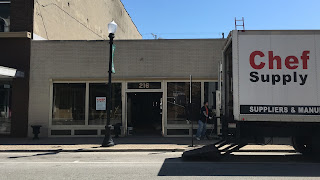 Finally, the third (and arguably most daunting) of Steve Resch's current round of rehabs. No word on what's destined for the former Good Times, which has been discussed here several times recently. 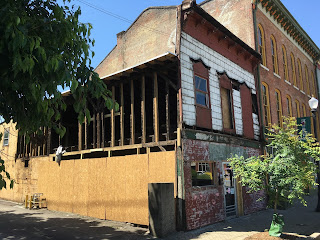 Kudos to the entrepreneurs, developers, builders and fellow travelers. You're the ones making it happen. Soon, the old school's going to be compelled to play catch-up. That's another tale for another day, though here's a hint. 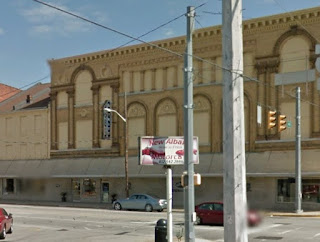