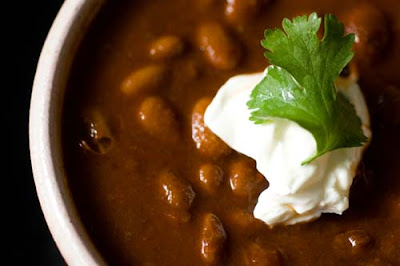 Fifteen years ago, I was on my way to the Austin airport to catch a flight to New York City when the friend I’d be staying with called and said that we’d be attending a dance performance that evening in the East Village. Admission was free, she said, but the organizers requested a donation of two canned goods for a food pantry. So before walking out the door, I grabbed a couple of Ranch Style Beans as my offering.

Ranch Style Beans are a Texan staple and they’ve been satisfying people since 1872 with their take on classic chuck-wagon fare. It’s a distinctive flavor—the beans aren’t fiery but they do have a depth and brightness that can be very addictive. When I lived in Texas, we ate them often—either topped with cheese and rice, as a base to bean salad, alongside enchiladas or even in my mom’s King Ranch casserole. 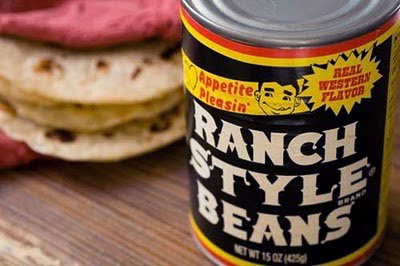 But beyond the deliciousness and versatility of Ranch Style Beans, there’s the appeal of that iconic black can with its distinctive Western-style font and illustration of a man with his tongue sticking out stating the beans are Appetite Pleasin’. (Of course, the latter is a recent development for if you’re as old as I am, you remember when the beans were Husband Pleasin’.) I love that can and I’ve read that if Andy Warhol had been a Texan he would have painted Ranch Style Beans cans instead of Campbell’s Soup cans. I believe it.
Read more »