REWIND: Do The Funky Kochert: Sewer Rates All About How The “voters Are Going To Feel About It.”

Published on 08/23/06
Do the funky Kochert: Sewer rates all about how the “voters are going to feel about it.” (by the New Albanian) 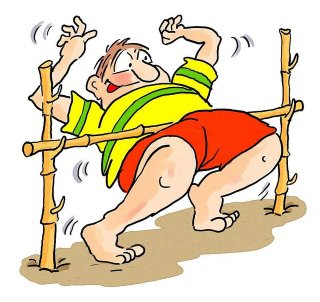 With former hostage (and hostage negotiator) Terry Waite coming to town soon, it occurred to me that it might be time to extend the olive branch and parley with the folks across the aisle.

Recently at the spitwa … uh, well, at one of the “other” blogs, one of their lynchpins provocatively wrote:

“It sounds to me like someone who has pointed out the problems that Roger has with HIS ego, and THAT is perhaps the greatest reason we as common citizens could never come together and work in tandem.”

Having not previously realized that my ego is an impediment to anything – with the possible exception of permitting Budweiser sales at my pub – it’s humbling to suddenly be told that community unity is impossible because of me.

In fact, I’m positively chastened, and to make amends, I’ve advanced a ceasefire proposal through the good offices of a local double-naught spy.

Essentially, I have promised to spare the attendees at the next neighborhood forum meeting (August 31, Calumet Club) the blunt force of my ego … if the Lauras, Shirleys and Erikas of New Albany do attend and commence riding tandem in the manner customarily rendered inert by my presence.

The fact that I’ll be in Europe at the time should not intrude on the warm fuzzies sure to be generated by this sincere and unprecedented offer. After all, I’m not the sort to talk just to hear the sound of my own voice.

But 1st district councilman Dan Coffey surely does hear numerous voices, prime among them fellow conjoined 3rd District councilman Steve Price whispering to ask him whether it’s okay to vote "no" again, and of course both of the Siamese Councilmen will be there in the Gang of Four's playpen on Wednesday night during the public hearing on sewer rates.

New Albany sewer-hike plans in single digits; Raises between 7% and 9.3% to be the talk of Wednesday’s public hearing, by Eric Scott Campbell (News-Tribune).

The reporter Campbell is becoming a sly master at extending his interview subjects sufficient rope to candidly reveal their own entanglements, as 4th District councilman Larry Kochert’s comments amusingly indicate.

The mayor said he considered the proposals to be responsible alternatives to the 19 percent plan, but cautioned that “we’ve got to be careful that we don’t turn the utility into a tax-based system” with economic-development tax revenue replacing user-fee revenue. 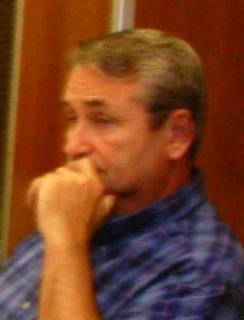 Kochert is skeptical of that line of reasoning. He said several of the utility’s needed projects can be funded with development revenue specifically from their areas of New Albany, which he considers a solid option.

Since most residents pay sewer fees and economic development taxes, Kochert was asked if it made a difference where the money came from.

“I guess that comes down to how you feel the voters are going to feel about it,” Kochert replied. “The constituency out here is saying, no more (rate) raises.”

NA Confidential has consistently advocated reality-based sewer rate decisions in accordance with a sentiment expressed by Mayor Garner in the same Tribune article:

“Over the years, it’s been, ‘What’s the minimum amount needed?’ We’ve got to quit looking like that and start looking to the future.”

Of course, we’re just an ego-driven blog, with no need to patronize voters and grandstand publicly for the sake of ineffectual careers in politics.

Larry's in limbo ... and I’m laughing all the way to the mirror.