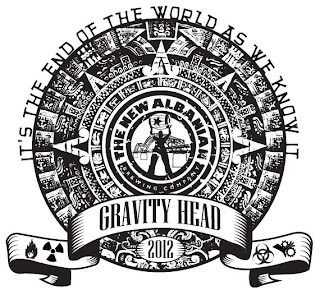 I'm fairly ambivalent about beer ratings, but there are two things about such rankings that I always find pleasing.

First, just being included as part of any conversation about best beer bars is reward enough for me. I've always felt we deserve to at least be mentioned, and I'll leave the exact numbers to others.

Second, it's wonderful to see New Albany's name alongside New York, Chicago, New Orleans and San Diego in an accounting of the best of anything.

Obviously, we could not do any of it without our workers and without you, the customer. Your patronage is much appreciated, and we thank you.

In 2012, we mark 25 years for the business overall (founded 1987), 20 years for me at the Public House, and 10 years as a brewery. Once upon a time, I sat down at a bar somewhere with a pint of Guinness in hand, and the next time I looked up, a career seemed to have found me. Problem is, I still don't know what I'd like to do when I grow up.

Previously: Thanks to LEO Readers' Choice voters for thinking of NABC.