St. Michael Contending With The Devil - The Stained Glass Of Nidaros Cathedral's Chapel Of St. Michael


Michael the archangel, when contending with the devil he disputed about the body of Moses- Jude 1:9 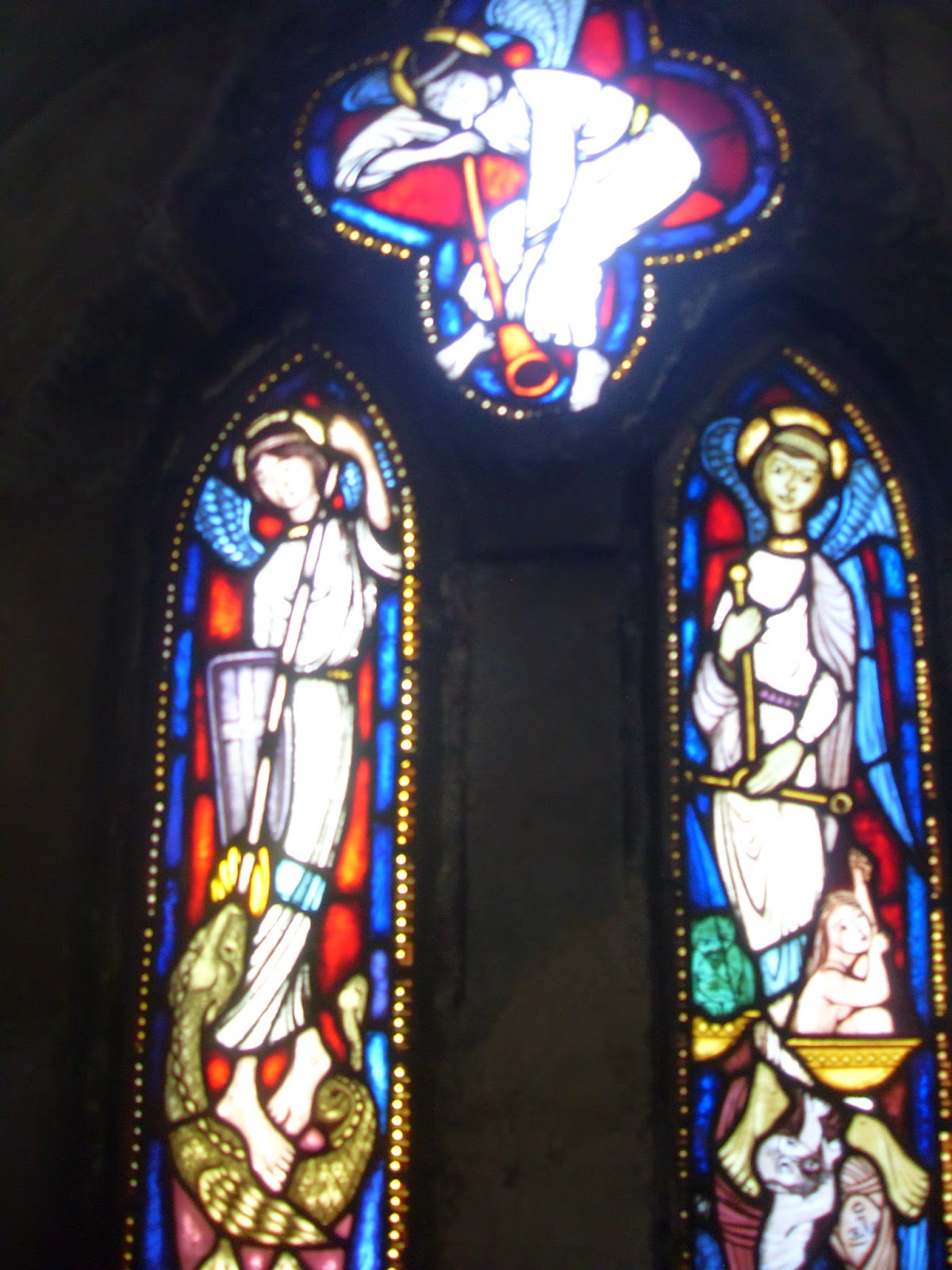 This afternoon a friend and I took a couple of guided tours in Nidaros Cathedral to see some of the areas not regularly open to the public. The first tour took us to three of the cathedral's chapels on the second floor, the chapel of St. Olav, the chapel of St. Michael and the chapel of St. Mary. We walked up those narrow stairs typical of a cathedral and navigated that semi-lit darkness which can be surprisingly comforting at times. The intended highlight of the tour - from the guide's perspective - were three sets of stained glass windows executed by the Norwegian artist Oddmund Kristiansen (1920-1997). 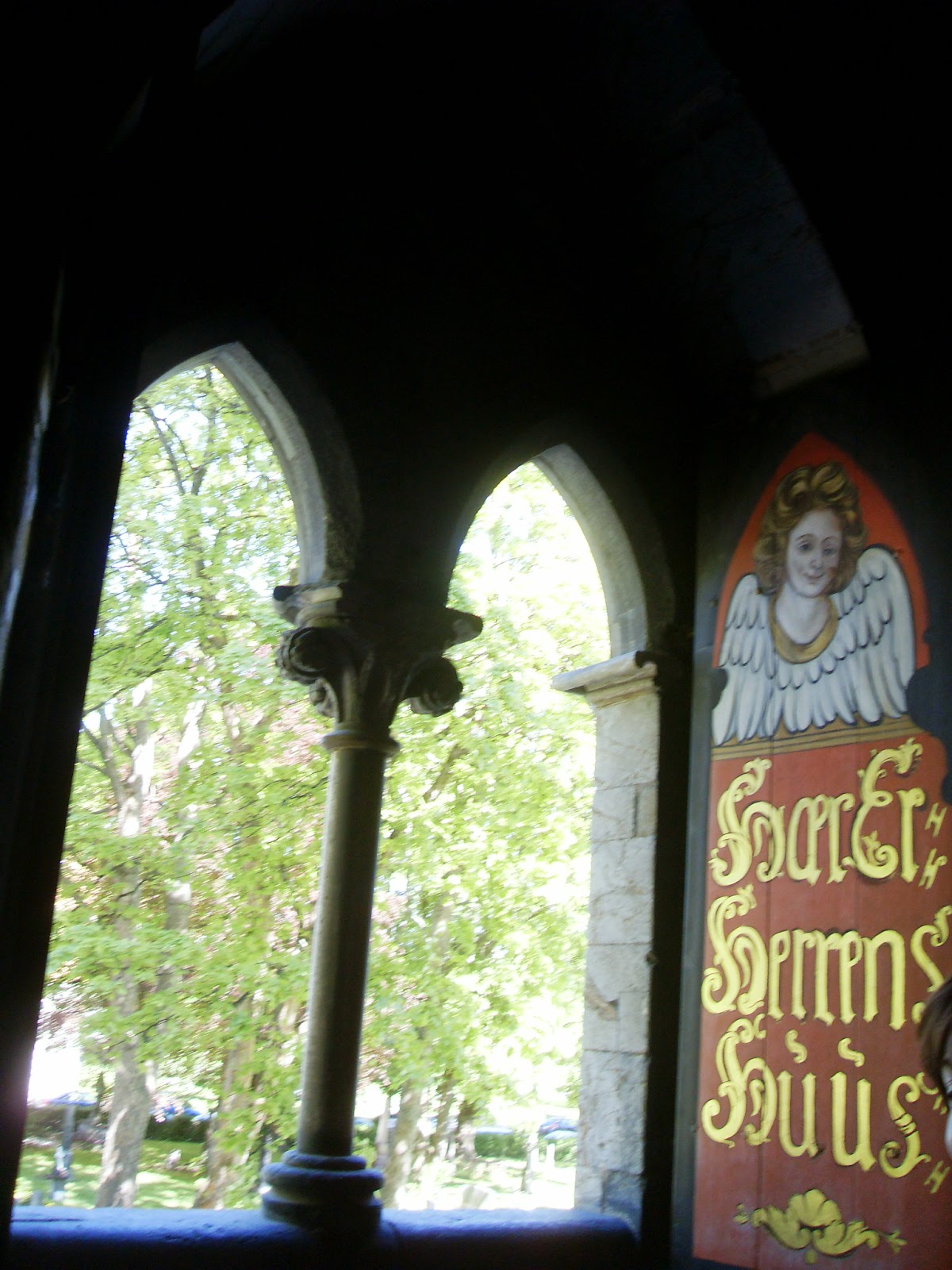 Shutter from St. Michael's chapel
The text reads "this is the Lord's house" in Early Modern Danish
Oddmund Kristiansen started out as a pupil of Gabriel Kielland, who sought to give Nidaros Cathedral a series of stained glass cycles inspired by the medieval glass at the cathedral of Chartres. These can today be seen in the nave and choir of the cathedral, and are known for their dark hues. This owes to the fact that the windows at Chartres, which Kielland emulated, were darkened by centuries of soot, and serves as a good reminder that our view of a period is contingent in large part of remnants that have deteriorated through time. As a consequence, Nidaros Cathedral is informally known as the darkest church in Christendom.

Kristiansen was commissioned to decorate the chapel of St. Michael, and this was his first big job. In these windows, Kristiansen adhered to the scheme of his tutor, and the result is set of angels in which their tenderness and strength are emphasised at the same time through the sinuous movements of Michael's body and his sure-footed subduing of the beast. The almost clumsy faces and the illusion of movement are perfectly in tune with medieval stained glass, and is to my mind an excellent emulation of the medieval masters. 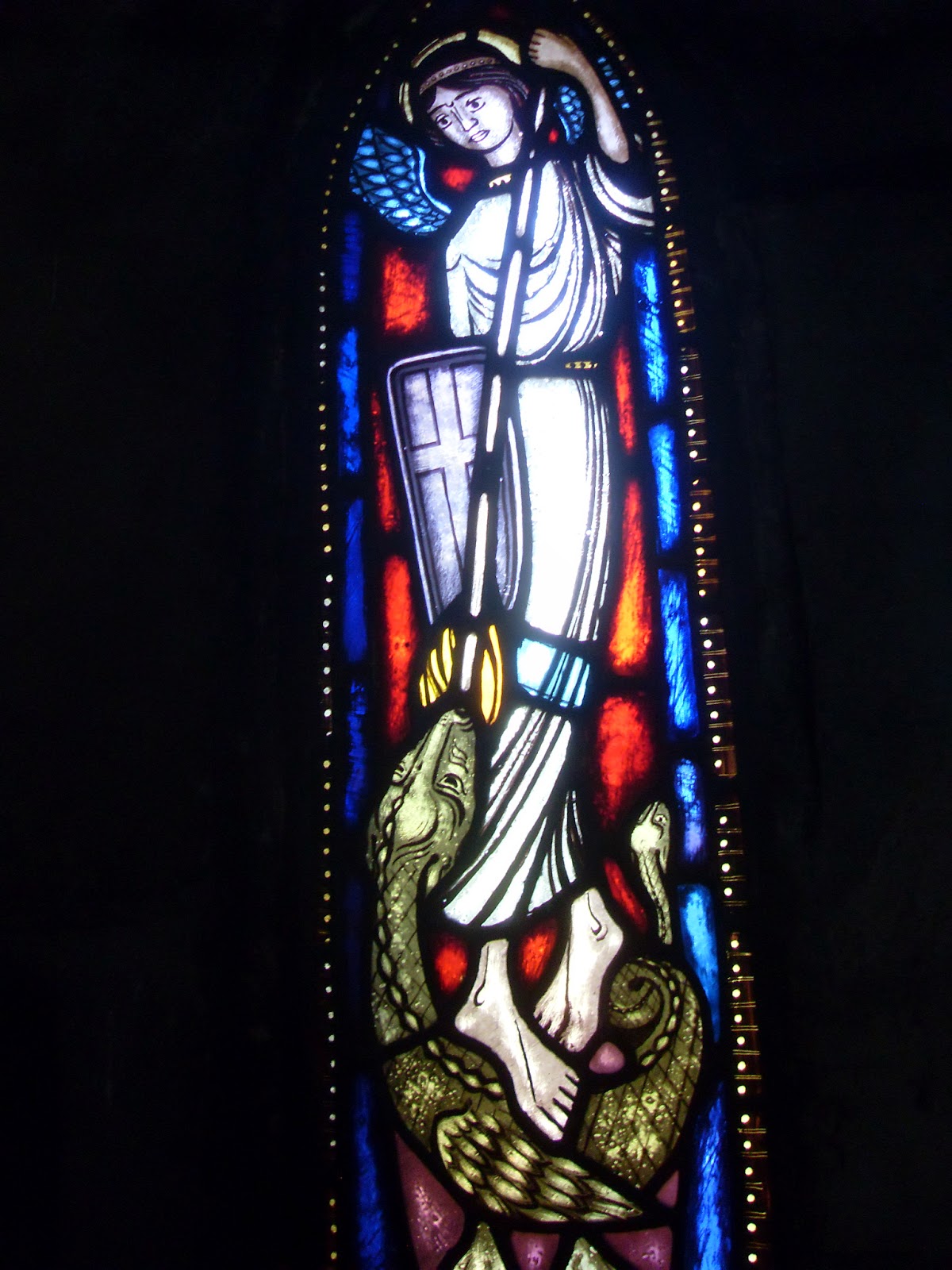 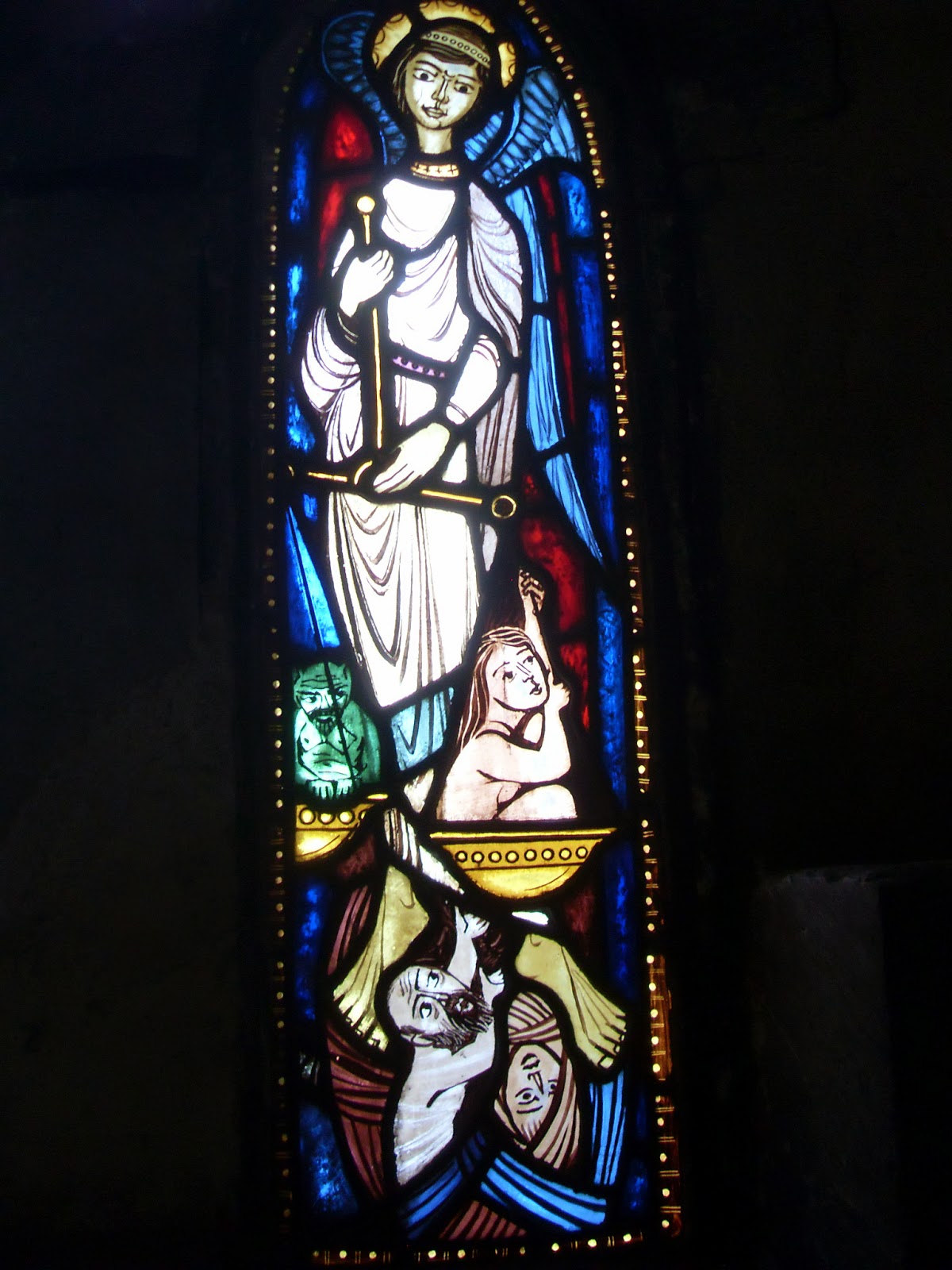 The weighing of souls 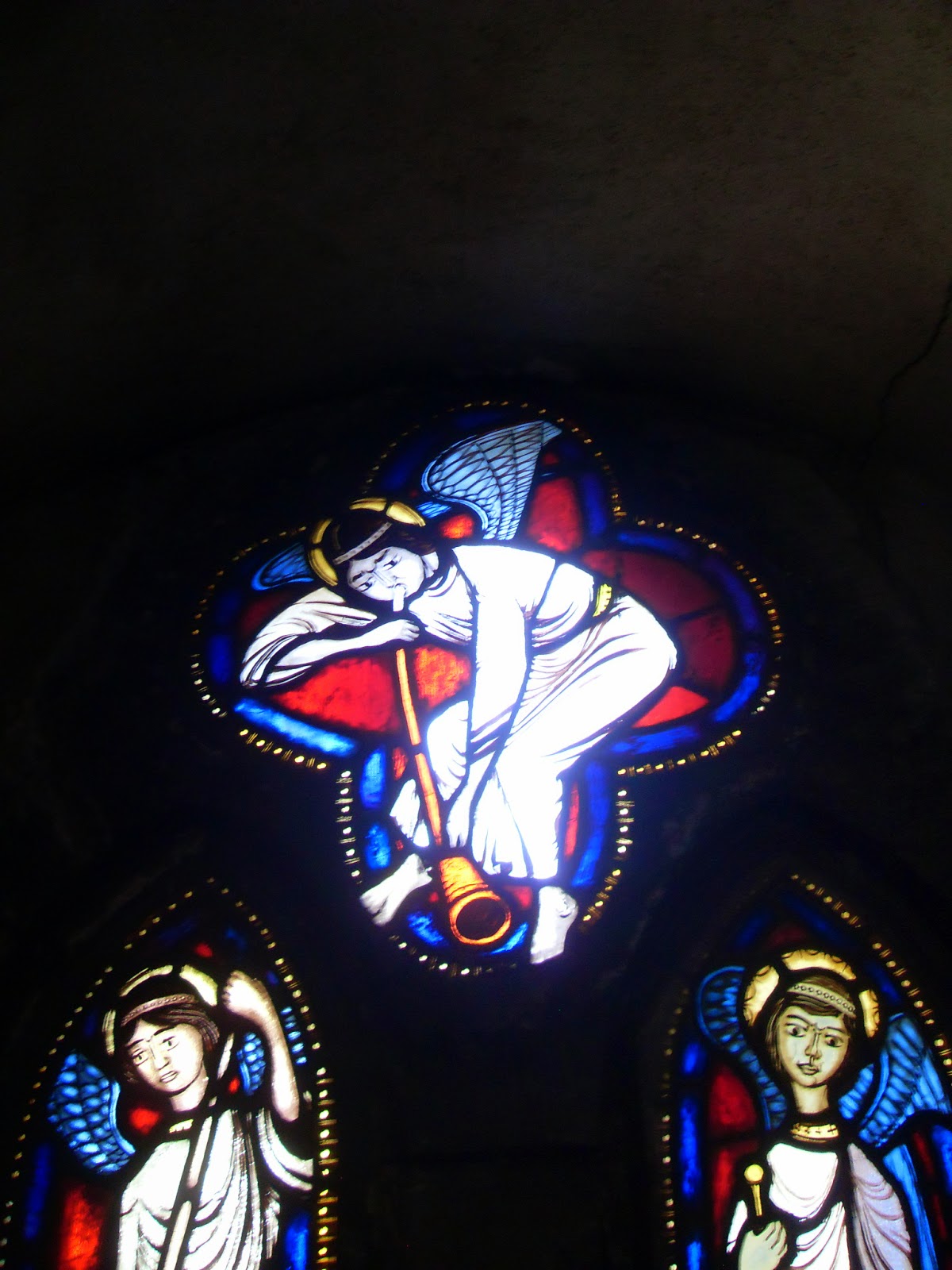 Eventually, however, Kristiansen grew displeased with his work and sought to move away form his tutor's medievalesque symbolism. He tried to have his glass in the Michael chapel redone, but this was - fortunately - denied him. In his later work, however, Kristiansen desired instead to explore the colour scheme of his Sami heritage. The result was a series of stained glass windows with very obscure symbolism, as can be seen below. I for my part prefer his first work. 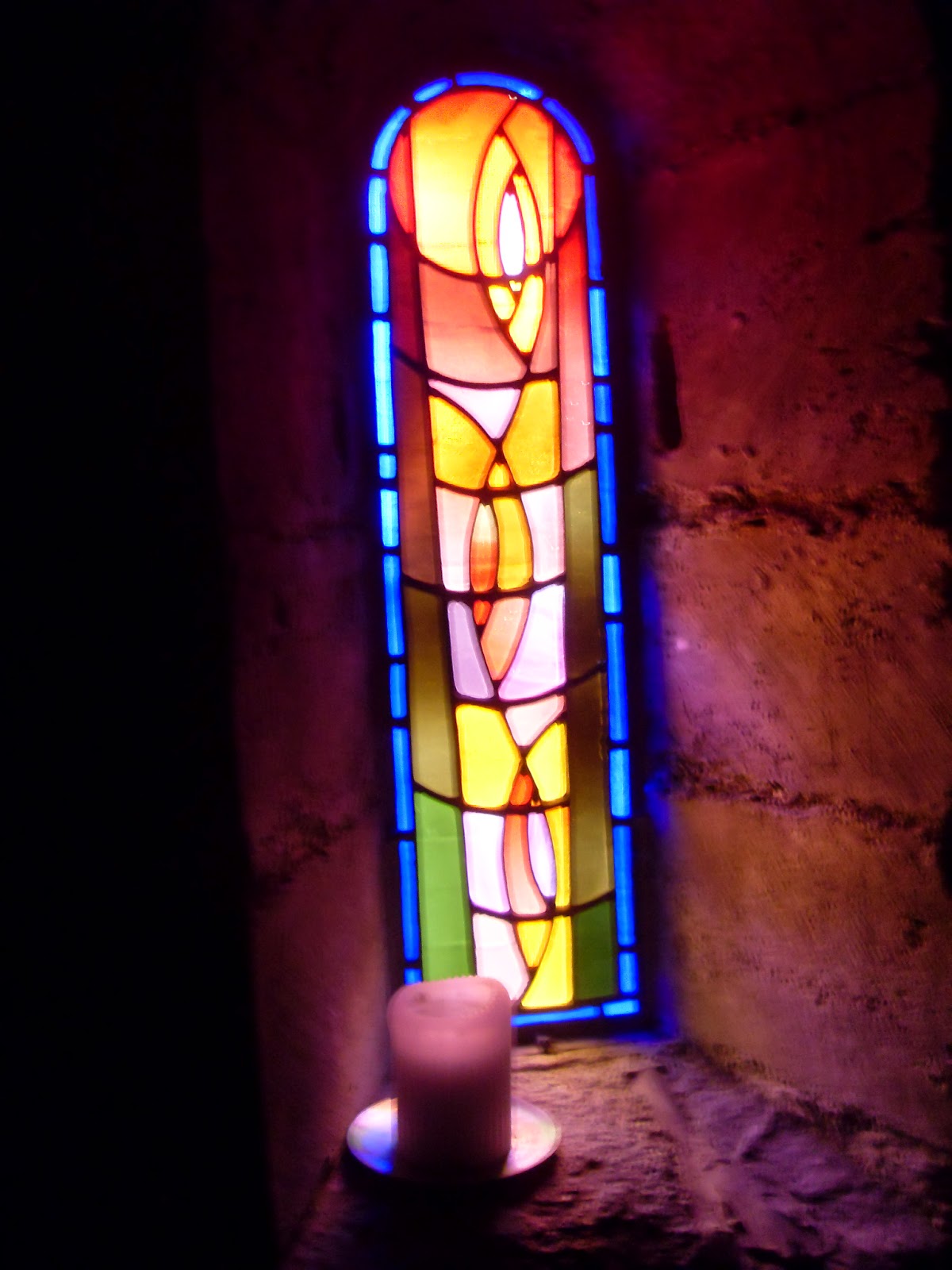