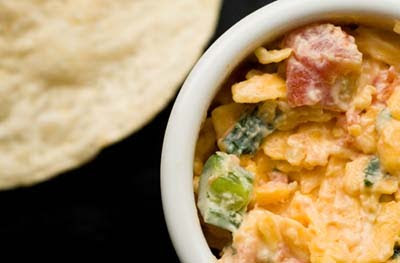 I’m heading home in a couple of days, and since I won’t arrive to the farm until late Thursday morning, I’ve been trying to figure out dishes I can contribute to the Thanksgiving feast that won’t take a lot of time and effort. As I was going through my list of recipes, I came across that old favorite—pimento cheese.

Truth be told, I hadn’t eaten any since my grandfather’s funeral back in 2008. A woman that goes to my grandparent’s church had read my earlier blog post where I remarked that pimento cheese makes for fine funeral food. And so she made my recipe and brought it to the farm.

It was a hit—so much of a hit that my uncle Richard and I got in a huge fight over who would get to eat the last couple of spoonfuls. (Now lest you think my family and I don’t get along—we were all a bit stressed because of the funeral and were behaving like five year olds. This is not to say, however, that it wasn’t indeed a fine batch of pimento cheese.) That day was over a year ago, and that’s just too long to go without eating pimento cheese. So I decided to whip up a batch. 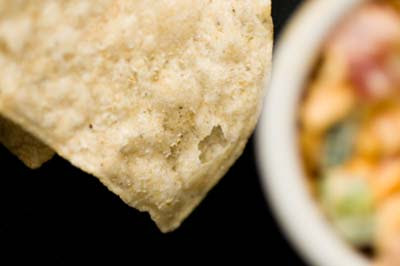 Pimento cheese is simple, really. At its most basic it’s just shredded cheddar cheese, some mayonnaise and chopped pimentos. But when I opened my refrigerator, I realized that I didn’t have any pimentos on hand. So I improvised.
Read more »